Dealing with Pet Peeves After You Start Living Together

Comment are off
The Dating Coach
cleaning the bathroom, cuddle up in bed, live in harmony, make a mental note 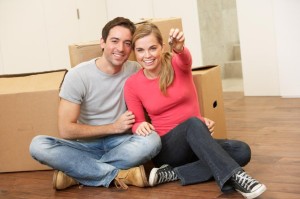 “Understand each other before you decide to live-in together”

The day you decide to move in with your girl, it’s a huge deal. Everything gets packed and moved into a place where it has to squish in with all of her stuff. Once everything gets sorted and put away it’s time to cuddle up in bed together and start making a new chapter in your unified life. Days go by, dinners pass, laughs are abundant, and nights are heavenly. But as time goes on it all begins to get normal. Dishes are left unwashed, hairs are found on the soap, and the toothpaste is squeezed from the middle. It starts getting hard to deal with the pet peeves that you have and she does daily. It’s doubtful that you’ll ever get over them, but there are ways to deal with them.

The easiest way to sort this stuff out when you move in together is to compromise. For all of the things which she does that bother you there is at least one that you do as well! You don’t have to sit down and have a long talk, but when you notice the toothpaste or whatever it is, just mention it briefly. “Hey babe, can you squeeze the toothpaste from the end of the tube instead of in the middle? I know it’s a small thing but it would make me feel better.” She’ll most likely agree and perhaps offer up something for you to do in return. Agree to try things for each other in order to live in harmony. 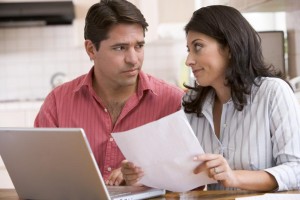 “Discuss each other’s bad habits in a polite way”

Make a list of the things that she does that bother you and ask her to do the same. Then you can have a meeting and do a little workshop on the things that should change around the house. When listening to each other’s complaints, make a mental note of the habits you have that you just aren’t willing to change. Keep them to a minimum if possible. Keep in mind that you aren’t trying to nitpick, or find every little thing that annoys you. If you don’t like how she does the dishes, don’t say anything just be grateful that she’s doing them. But if she’s doing them in such a way that leaves food on them, then maybe say something.

Change the way the two of you tackle chores around the house. Again, if you don’t like the way she does dishes, then you should do them. If you’re horrible at cleaning the bathroom, maybe she should do it. Anything else can be worked on as well. Who picks up dry cleaning, makes the dinner reservations, buys the holiday presents for the outside family members, etc.

An important thing to remember is that even though you may have a difficult time living together at first, changes can be made and eventually both of you will get used to living with each other. The beginning is just the hardest part, after that it’s the easy stuff that you get to enjoy.