Does This Make Me Look Fat? How to Answer Tricky Questions

Comment are off
The Dating Coach
attraction to another woman, Complimenting her, hurt her feelings, in good shape

There are few things scarier in this world than a woman scorned. The infamous question “Does this make me look fat?” could lead you down to a world of hurt if you answer it incorrectly. But don’t be afraid, there are ways to not necessarily “dodge” the question but answer it in a way that won’t make her bite your head off (figuratively, of course).

“Does This Make Me Look Fat?” 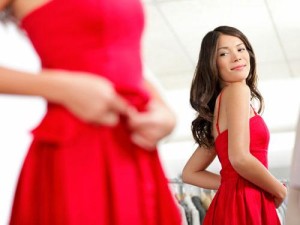 “Don’t even take a look – Just say No, it doesn’t make you look fat”

If it doesn’t, then you’re in good shape. If it isn’t the most flattering outfit on her, then you have to tread lightly. She doesn’t want you to lie to her because it means that you’re letting her go out in public in something that doesn’t make her look good, but you can’t tell her the truth because her feelings will get hurt. Lead in with a compliment. Example: “I think that you’re beautiful, but it’s not my favorite thing on you.” She will have a slightly fallen face, but it won’t hurt her feelings quite as badly as just saying “yes”. If she does happen to get upset, tell her that you told her the truth in the gentlest way that you can because she still is very sexy but that outfit doesn’t do her justice. If she really wants to wear it then go for it.

“If You Could Sleep With One Of My Friends, Which One Would You Choose?”

Who knows why women ask this question. It’s a complete trap. No matter what friend you choose in their mind you are saying that you would rather have that person than her. The most tactful way of handling this is to flat out tell her you have zero attraction to anyone associated with her. Unless the two of you are absolutely 100% solid and can talk about these things, you won’t want to admit attraction to another woman ever. She might say that you’re dodging the question, but stick to your answer. You can give a little and mention that so-and-so is pretty enough, but none of her friends come close to her, she’s the hottest one in the bunch. By no means insult her friends, but just roll with she’s the best looking and the others might be pretty for other people.

“Were You Looking At Her?”

“Do not admit that her friend is hot”

Whether you are looking at other girls sexually or not, the answer to this question is “NO”. The other girl could have had a weird yellow sweater or an amazing butt, it doesn’t matter. Tell her no and name some other reason you may have been looking (the yellow sweater would be alright to admit). Unfortunately the best and easiest way to get out of this is to degrade the poor, unknowing girl. Another approach is to say something along the lines of, “She doesn’t have half the butt you do.” Complimenting her over the other girl admits that you were looking, but hopefully that will keep her happy enough to forget the whole situation.