Comment are off
The Dating Coach
act around her friends, bad breakups, impress her parents, relationships ended, what you do for a living

When you start going out with a girl, there will come the inevitable time when you are introduced to her friends, and then her parents. They both have different ways of thinking and different relationships with your girl, so they’re going to be evaluating and judging you based on different things. You’d think it would be similar, but it’s not. You’ve got to know what specific things are going to impress each set of these people. It can be tough to balance both. One of the most important things to remember is that there are specific ways you should act around her friends that you wouldn’t want to act like around her parents, and vice-versa. 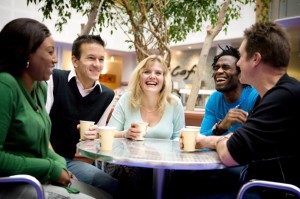 Her friends want to make sure that you’re good for her. As soon as they find your name, they’ll be running through all the people they have ever met and everything they have ever heard in their minds. If there’s any gossip about you, they might have heard it, and they’ll mention it to you in that maddeningly casual way and you might feel trapped in a corner. Any bad breakups, fights with girls, anything like that; you can bet they’ll bring that up. Your girl’s friends will want to hear that you are completely over with your ex and you’ll be nice to their friend. Their thought process will be that if you’re that mean to an ex, what are you going to say about their friend if the two of you break up? 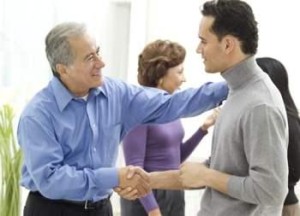 “Be honest and polite with her parents”

On the other hand, her parents won’t care about how many other girls you have dated or how the relationships ended. They’re probably not up on the same gossip her friends are hearing (if they are, that’s a little alarming) so they don’t need to hear about it. All they’ll care about is that you’re dating their daughter. They’ll care what you do for a living for a different reason than her friends will: if you end up staying with their daughter for a long time, they want to make sure you’re good enough and can support her. If you have a somewhat lackluster job, don’t try and talk it up or they’ll know. It’s best to never lie to the girl’s parents. Remember, they’re older than you and have been around, so they know things you might not expect them to. Be honest with them about your job, but if it’s only one of your first few dates with the girl there’s no need to get too far into how much money you make. That’s just too intrusive. To impress her parents, you’ll need to be honest and polite. Hold the door open for her when she gets out of the car when you arrive at their home, call them “ma’am” and “sir,” even if you’re not the type of guy who usually does that (and especially when you’re quite a bit younger than them). Compliment their home. These things seem superficial, but they’ll do wonders to impress her parents and get you a good reputation with them.