When It’s Time to Move On

Comment are off
The Dating Coach
avoid having an affair, just move on, relationship is dead, to call it quits

Even though your flame once burned bright for her, sometimes the relationship is reduced to embers and it’s time to end it. It’s sad, but it’s true – sometimes it’s best to just move on and find love somewhere else. It’s entirely possible to love somebody and not be compatible with them, and it’s also way too easy to cling onto something that just isn’t there anymore. So, how do you know when it’s time to move on? 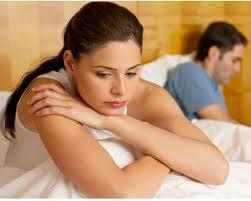 “When you don’t have anything to talk, it’s time to end the relationship”

If the two of you used to have countless inside jokes and could sit for hours just talking about everything and nothing, it’s devastating to sit next to that same person in complete silence. Sometimes that means that a couple is so close that there isn’t any need for constant conversation, but a lot of the time that silence is just awkward and upsetting. If your communication has died and you find it hard to even make small talk, it may be time to consider seeing someone else. It’s hard, but it’s better than sitting next to someone you don’t have words for anymore.

A key indication that the relationship is dead is if you or her find yourself wanting to flirt with other people. A desire to be unfaithful indicates that there’s something missing in your relationship that the other member isn’t fulfilling anymore, and to avoid having an affair it’s best to just end it. This is also a good way to tell that you’re ready to move on completely to new people. Chances are that your relationship won’t end on bad terms, as you’ve both decided to see someone new. This is a good way to end it. No hurt feelings, and you are both free to see other people. 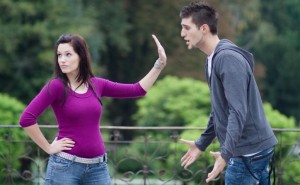 “Reconsider your relationship if you are having a lot of fights”

There comes a time when relationships die if you leave it too long without breaking up, both members become bitter and cynical. This should be avoided at all costs, but if it comes to that it’s a key indicator that it is time to end it once and for all. When all you can think of things to say to your girlfriend are about insulting her; it’s a bad sign. The two of you might be able to get through it with some counseling, but to be honest it might not be salvageable at this point. Don’t force yourself to stay with her, or else your life will just become completely miserable.

When you’re dashing out of the house to get out before your girlfriend comes home, that’s no good. If you don’t even want to see her long enough to say hello, go ahead and start thinking of waysto call it quits. It’ll be better in the long run, and it’ll save you a lot of awkwardness and stress. There’s nothing worse than living with someone you can’t stand or feeling obligated to call them to ask them to go out. Just nip it in the bud so you can both move on and be happy.